How to implement data persistence on the server side

I’m new to CRDT. It’s unclear to me how to implement data persistence on the server side.

It feels like simply saving a serialized the json doesn’t work. I will need to active merge updates on the server side.

If my server is not built in nodejs, what options do I have?

to be honest, I am new, too. Here is what I’ve found so far, maybe it helps a little bit:

There is a y-leveldb package (which @canadaduane funded, if I’m correct - so thank you @canadaduane ). It is an adapter for the LevelDB databse.
As far as the docs state it the adapter uses level. Level offers the ability to switch the storage medium. Their GitHub Orga has an awesome repo, where you can find some storage adapter packages for level: 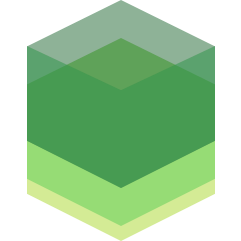 An open list of awesome Level modules and resources. - Level/awesome

You can implement an bidirectional communication between client and server via websockets. Next to the y-websockets module implementation for clients you can find an example server implementation which offers the possibility with persisting data with y-leveldb.
This might be a good starting point for further investigation.

The following answer might help by examining the right data format to store the documents:

@tommoor I plan to keep the document in the compressed binary format in the persistence plugin (I already developed an interface for it). Part 1: I want so compute the sync steps directly on the Yjs binary format. This is currently only simulated in y-leveldb by temporarily loading the Yjs document. The API can be considered stable though. Part 2: write a new y-websocket server to use that new API. I’d love to just have an alternative server implementation that uses the new persistence API. I …

Right now YJS is mainly in the JavaScript/NodeJS ecosystem.
It would only work alongside other languages or tech stacks.
You could host a nodejs server besides your current server application and only use it for realtime awareness data (like cursor positions) or expand it to store also the yjs documents. Everything else you can hold in you current server application.
This might not be ideal, but good for a first prototype or first fast integration.

As far as I can spot it, @dmonad works on a Rust implementation of YATA called Yrs.
But this port to Rust is quite new, so might now be stable right now (also no GitHub releases)

my backend is built in rust, I wonder what options I have given the rust port of yjs is very new.

one option I’m thinking is using https://deno.land/manual/embedding_deno to create an embedded javascript runtime and run yjs in it.

@flow explained it nicely: At the moment Yjs only works in JavaScript. There is a real need for a native port of Yjs that we can also bind to other languages (Rust projects integrate nicely into other languages using either wasm or language bindings). I applied at multiple organizations to fund the Yrs project which will allow you to use the CRDT in native applications as well. Maybe we will have a working Rust port somewhen next year.